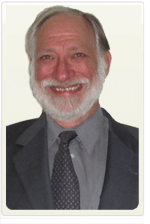 Steve Silvern won prestigious academic awards in college at Cal-Berkley including Phi Beta Kappa and a Woodrow Wilson Fellowship, and graduated from UCLA law School where he was named Rosco Pound Advocate in 1972. However, instead of going to work for a large corporate law firm or the government, Steve was determined to use his education to help regular people. He left California for Colorado in 1973 and gained experience in a small law firm and a non-profit voting rights organization, before starting this law firm in January, 1977. Steve has been involved as co-counsel in winning large trial verdicts in high-profile cases but is equally proud of the thousands of quiet, fair settlements he and his partners have achieved for our clients. He is most proud of the result in Nasca v. State Farm, where we established the national precedent that arbitrators who decide insurance claims must disclose their business relationships with the insurance company. 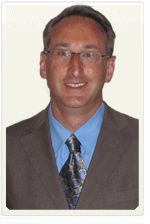 Tom Bulger has been with our firm since 1996 when he moved here from Philadelphia, where he had worked for a large personal injury law firm. He currently heads our trial and disability team. He is a graduate of Canisus College (honors in History and International affairs) and Rutgers University law school. While in Law school, Tom worked for a United States District Court Judge and the U.S. Attorney’s Office in its Organized Crime Division. He has been successful as sole trial counsel and also before the appellate courts. Tom’s record in jury trial includes verdicts for our clients of $640,000.00 (motorcycle accident), $160,000.00 (auto accident) and $1.4 million (employment case). Recently his advocacy on appeal preserved a $470,000.00 judgment that he had won in Adams County in a slip and fall case. Tom has also set significant precedents in published cases, including H.J. v. Coors ($1.4 million for our client), S.R. v. City and County of Denver (governmental immunity issue), and Nasca v. State Farm (arbitrator conflict of interest). Tom has also obtained millions of dollars in quiet, confidential settlement for our clients. In addition to his personal injury background, Tom has developed a strong ERISA practice; assisting hundreds of Colorado workers obtain needed insurance benefit.

Tom has received the Distinguished Ranking from Martindale-Hubble on peer reviews, and the Preeminent rating based on client reviews.   He is also a member of the Colorado Trial Lawyer’s Association. 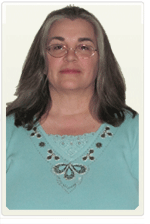 Teresa Neyman has been a dedicated employee of the firm since November of 1988. She is our Office Manager, as well as a paralegal. Teresa has experience in working personal injury, workers’ compensation, insurance and Social Security cases, and is considered an integral member of our team.

Our experienced team has received a rating of 4.4 of 5 from the Martindale-Hubbell peer review process(Distinguished) and 4.8 of 5 (Preeminent) based on client surveys.